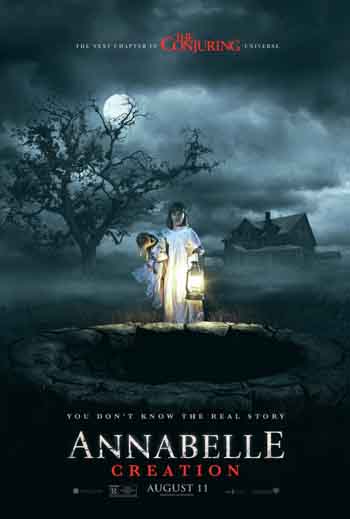 Story… Twelve years after the tragic death of their little girl, a doll-maker and his wife welcome a nun and several girls from a shuttered orphanage into their home, where they become the target of the doll-maker’s possessed creation, Annabelle. 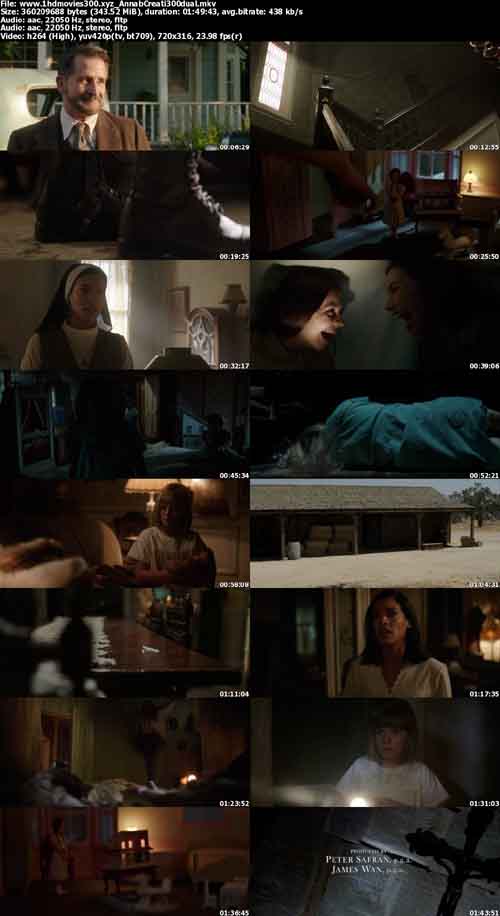 Annabelle: Creation, is the latest film from The Conjuring franchise. It tells the story behind the creepy doll from previous movies.

The movie, in my opinion, is not as good as people and critics are saying, but not as bad as the first Annabelle movie. On the positive side, we have good acting. The lead girl, who played Janice, was excellent. The cinematography added to the creepy atmosphere, and there’s at least a couple of very well done creepy scenes.

On the negative aspects, well, the movie does nothing different to stand above it’s predecessors; i knew when a jump scare was coming, every single one of them is predictable. The story is very simple and the execution was, well, not bad, but it made the movie feel very familiar. And i think the movie is just a little overlong, the final sequences really broke the eerie atmosphere it set in it’s first act.

It’s not terrible, and it can be a fun time at the movies but, the movie is just so average that i don’t know if it’s really worth it. Well at least for horror fans, since much better horror movies have came out this decade.