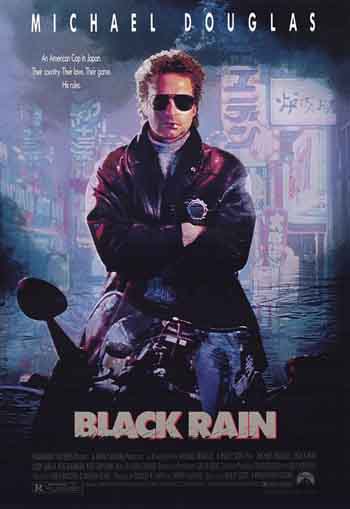 Story… Two NYC cops arrest a Yakuza member and must escort him when he’s extradited to Japan. 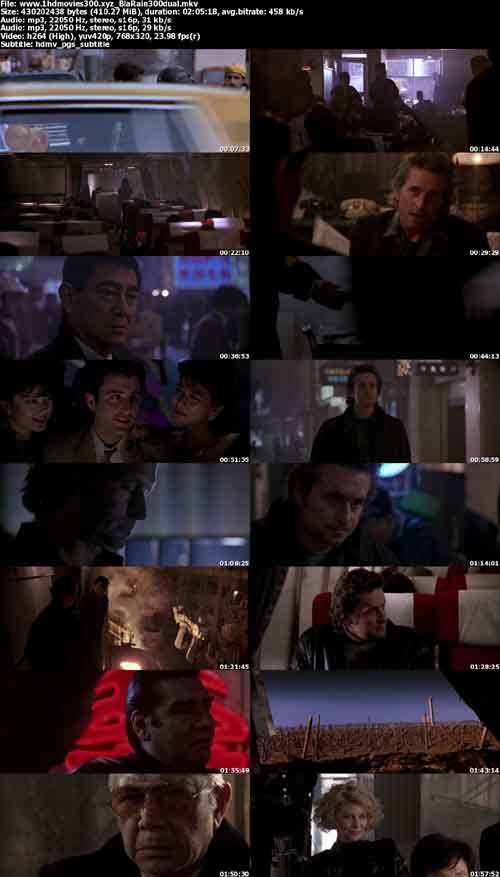 I grew up watching many crime action flicks. Heat, The Untouchables, The Lethal Weapons, Die Hard, you name it. Black Rain is among them. There are so many levels about this film that I love: the story, the acting, the action sequences, the cinematography, the music—to name a few.

The story is simple; Nick Conklin (Michael Douglas) is a New York cop who is under investigation by Internal Affairs for corruption. When eating lunch, Nick and his partner (Andy Garcia) witness a bloody double homicide. They catch the perpetrator, but because he is Japanese and a wanted criminal in Japan, he must be taken back to his home country for trial. Reluctantly, Nick and his partner take him home but lose him in their custody. They then team up with the Japanese law enforcement to catch the criminal.

The film really explores the different styles of cop work from New York and Japan. Nick is a hardass who breaks the rules to get the job done. In contrast, the Japanese law enforcement does everything by the book, which provides no help, particularly with the Japanese cop (named Masa) Nick and his partner are assigned to (played wonderfully by Ken Takakura). Not only do the two cops buttheads, but when the film’s plot takes a dark turn, Nick and Masa learn to tolerant their differences and work together. As a result, both also learn some important lessons from each other.