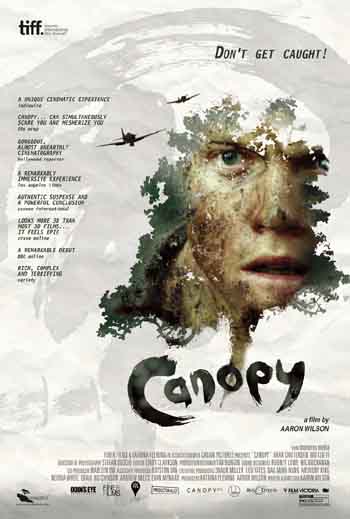 Story… Singapore, February 1942. An Australian fighter pilot is shot down over the jungle and must find his way back to Allied lines, through Japanese-held territory.

This is a boring and depressing film that you could spare to yourself. There is no action, no adventure, not even a recognizable plot. There is this endless display of green tropical plants that perhaps, being you a fervent botanist, could catch your attention.

If you, just like me, feel that once started a movie you must finish it, you’ll probably end like me, hoping that the two characters get soon killed or whatever, just to put an end to your and their suffering.

I’m not joking: you won’t forget, not even for a while, that what you are watching is just a movie (a bad one) and that those that you see are actors. I’m sure that many of you have done better with your holiday movies.

I knew nothing about this film before I watched it other than the basic story. I watched in in the dark with great quality headphones and was blown away. The film is beautifully shot and puts you right in the jungle and into the mind of the lead character.

Definitely not an action flick as some seem to have expected but it does so much more. It evolves slowly and beautifully and draws you in. The sound design is intense and is a crucial part of experiencing this story. We often underestimate the importance of our auditory processes if we are tuned in to them.

This experience I had may not translate when watching it on a small screen with an average sound system. In this world of rushing everywhere and fast cuts and action this was a breath of fresh air and I enjoyed it immensely.