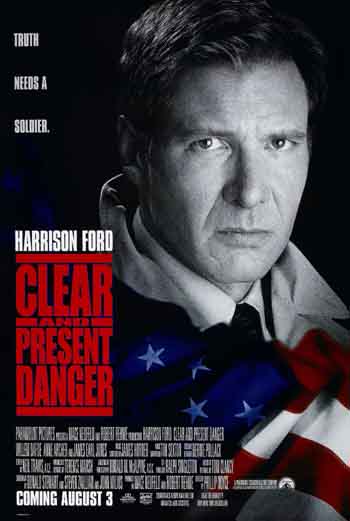 Story… CIA Analyst Jack Ryan is drawn into an illegal war fought by the US government against a Colombian drug cartel. 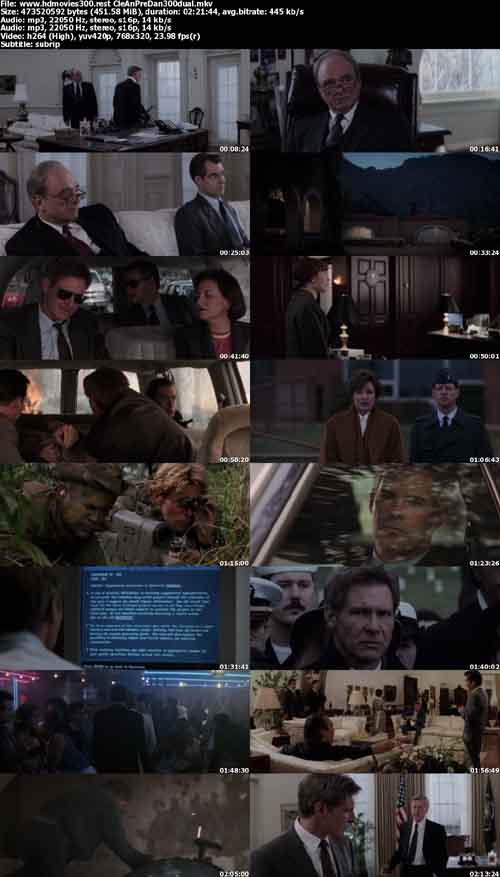 Harrison Ford. Willem Dafoe. Anne Archer. James Earl Jones. Benjamin Bratt. Henry Czerny, Harris Yulin as a ‘heavy’ (National Security Adviser : James Cutter ) and Dean Jones. They have a cast of old school heavies and new talent all together. I hadn’t seen Dean Jones in a while and he was fantastic! There is a ‘chilling weight’, that scores the film visually from the onset. The director Phillip Noyce, uses broad scenery (from what I can tell) it brings out a feeling of grandness, vast and encompassing. It just sort of takes control of the mind and vision.

The story of a Cartel from Columbia taking ‘Liberties’ on a family that wound up unbeknown to Escabedo (the Cartel scumbag) being friends of the President of The United States of America. Violent liberties that have become deadly serious. A Cali Cartel. A decision, that the President discusses with his defense secretary. A course of action that he (The President) can’t suggest, is exactly what he is suggesting, behind closed doors. Being inside the White House in a Tom Clancy /Phillip Noyce film always seems very real for me, as I watch the government employees walk and talk and what ever else.