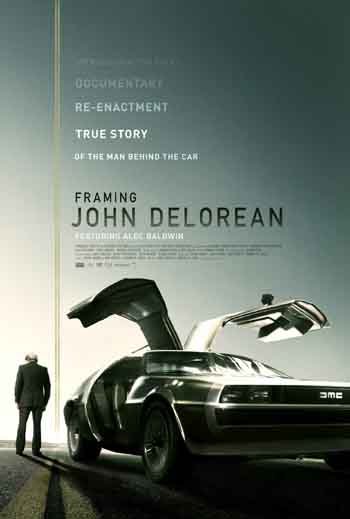 The part of this film that is actual documentary is quite good. There’s plenty of interviews with people directly involved in the story, a good deal of archive footage, and some history of DeLorean’s career prior to his founding of his own automobile company.

The reenactments take away from the film as a whole, they’re by nature difficult to pull off effectively, and here they feel like they keep interrupting an otherwise well done and interesting documentary. With one exception, the son, and too much of him. He doesn’t add any substantial insight, just an overuse of F-bombs and whining.

There’s enough good material in this film to keep you watching to the end, but it would have been better as a traditional documentary. I would probably watch a separate dramatic movie as well. Unfortunately the filmmakers tried the format they did, it’s as of they created an obstacle for their own film.