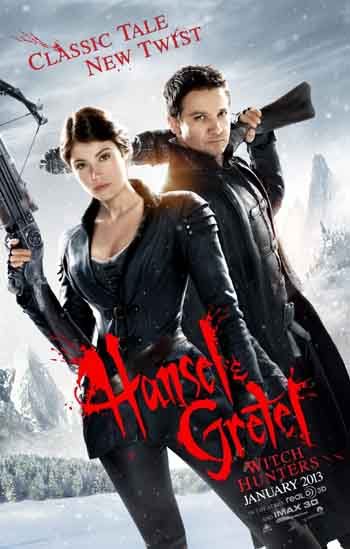 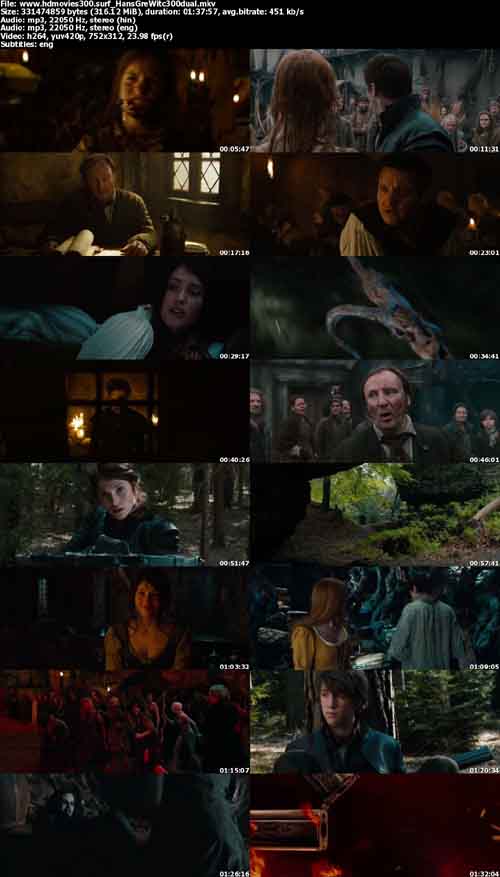 R-rated, gory horror-adventure has brother and sisters Hansel (Jeremy Renner) and Gretal (Gemma Arterton) called to a small town to try and locate some children that have been kidnapped by some witches. Soon they realize that a Queen witch (Famke Janssen) has bigger plans that could have a major change on the world. HANSEL & GRETEL: WITCH HUNTERS isn’t quite as bad as some are making it out to be but there’s no question that the entire film just has an uneasy mix of genres that never fully come together and in the end the film just came off as something that didn’t know what it wanted to be or do.

At times there’s some campy comedy moments but these aren’t good enough to save the picture. At other times we’re given a fairly interesting look at two people hunting witches but the film doesn’t do too much with this. We’re also given a picture with some extremely graphic gore that comes out of nowhere. I really liked the fact that they went for a R-rating and didn’t hold back for a smaller rating but at the same time if you took this away there really wouldn’t be much to the movie. The film manages to be slightly entertaining because of this type of gore but at the same time I can see how it might not sit well with some more sensitive viewers. Another thing I liked was the actual look of the witches.

The CGI effects were actually quite believable whenever the witches changed form in their faces. The look of the major witch was also quite nice and benefited from the strong and fun performance by Janssen who managed to bring a certain sexy nature to the role.