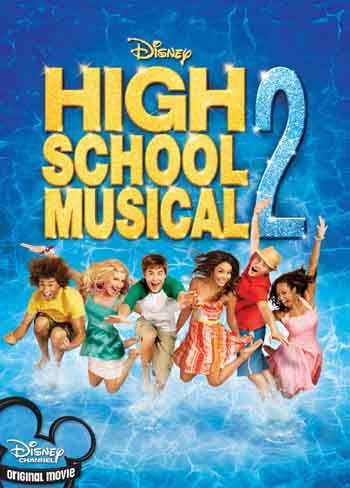 I’ve finally found out the reason why the High School Musical phenomenon is such a success. Why the first movie’s soundtrack was the top-selling CD of last year. Why there are ice shows, stage productions (amateur and pro), karaoke CDs, and karaoke DVDs to boot. It all traces back to the 90s.

You see, the 1990s gave birth to NSync, Backstreet Boys, the Spice Girls, Britney, Christina, Jessica, what have you. But their time wasn’t meant for the 90s. They had come too early. Music honestly wasn’t ready to cycle back to the confectionery, syrupy, Velveeta meets cotton candy of the late 50s/ early 60s. But now is the time.

The reason that High School Musical, and now Part 2, are such a success is because 1990’S POP MUSIC IS BACK WITH A VENGEANCE!!! High School Musical was the Reset Button, if you will, setting kidz-bop-pop back in its rightful place. Adults have their music, their innuendos, their profane-angry-paranoid-hurtfully honest songs. Why not give the kids a break? A place to be a kid?