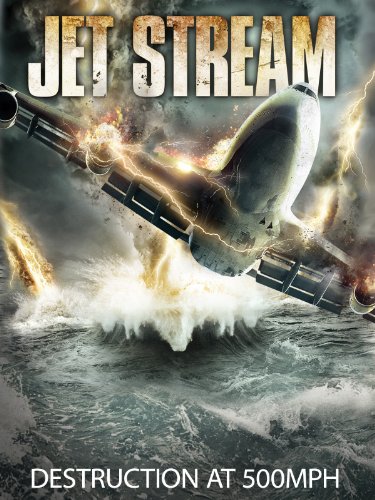 It’s movies like Jet Stream that make you wonder how Syfy manages to spend hundreds upon hundreds of thousands of dollars on each of their movies, and still get phenomenally bad results.

Jet Stream suffers from very bad writing, leading to cringe-worthy dialog in a lot of the film. For some reason there’s quite a lot of painfully bad jokes too, and it seems they couldn’t have been times worse. Add on to that the wooden acting by an extensive part of the cast.

The CGI is just not convincing at all, everything looks very poorly and amateurishly done. The sequences that are meant to thrill the audience just look ridiculous, laughably bad at times. I also counted a couple of completely unnecessary close-ups.

This is one of the many movies in which Syfy tried to disguise Eastern Europe like the USA, and here they did pretty much the worst job of all their movies I’ve seen so far. Not to mention that there are countless shots in this, which Syfy has recycled and used for multiple movies. Really, the only positive thing there is to say is that this movie may make you laugh at how bad it is.