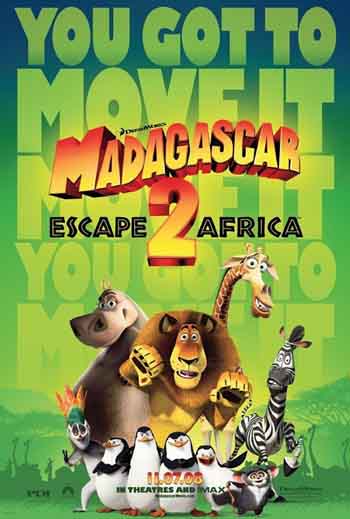 I thought that the first Madagascar had promising characters and a decent premise, but it was very poorly put together. My son, who was 8 or 9 at the time loved the movie, however. We saw the sequel this morning and we both agreed – it was much better than the original. And, since part II begins with a brief summary of part I, there is no need to see the first one to understand what’s happening in the new movie. All the main characters are back and there are many new ones as well. Going in, the big question on my mind was “do the penguins play a bigger role in the sequel?”… answer is “Yes, but not much bigger”. All in all an enjoyable movie that outshines it’s predecessor!