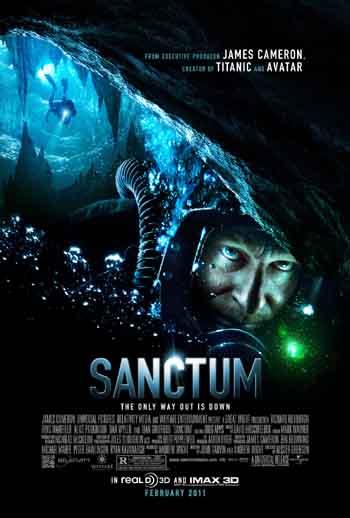 Forget the critics, this is an awesome movie. It’s fast-paced, action-packed and spectacular. I was tense the whole time and came out feeling like I’d been holding my breath for hours.

Seriously, most critics seem more interested in showing how cynical and cool they are than actually enjoying a great adventure film. I’ve read lots of reviews, so I’ll address a few of the complaints made.

Bad dialogue: It’s not Shakespeare, but it sets up the relationships between characters quickly and serves the action well. It also manages to explain the basics of caving and scuba diving (which most of the audience would be unfamiliar with) without seeming too preachy.

Bad acting: I thought everyone was pretty great with what they had to do. Again, it’s not bloody Shakespeare.

Predictable: not to me. Yes, they’re stuck in a cave so there’s only so many things that can happen. But what does happen is really bloody exciting. I guess if you spend your whole life watching movies (as critics do) then any action movie would be predictable after a while.

Unlikeable characters: Um, since when did every character have to be likable? And even if you don’t particularly like a character, surely you don’t want them to die a horrible death down a cave. The truth is some of the characters you really like, some grow on you and some you almost want to drown with your own bare hands. So a good mix.