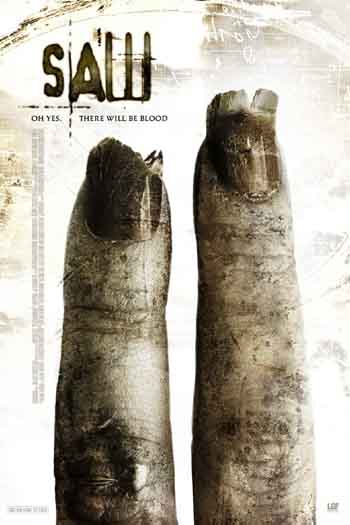 Saw II follows on the heels of Saw, as another taught, tense thriller. The mark of a great thriller/shocker/horror movie is the number of twists and turns, and this is what identifies Saw II as one of the better members of its genre.

Few movies keep me on the edge of my seat. This was one of them. There was no one dozing off during this flick. And the number of folks who walked out to take/make cell phone calls was the lowest I’ve ever seen.

Like Saw, this sequel is more than a little bloody in some places, but that’s to be understood. It was never promoted as a walk in the park. If you’re in the mood for a thriller that will keep you on the edge of your seat, this is worth a try.