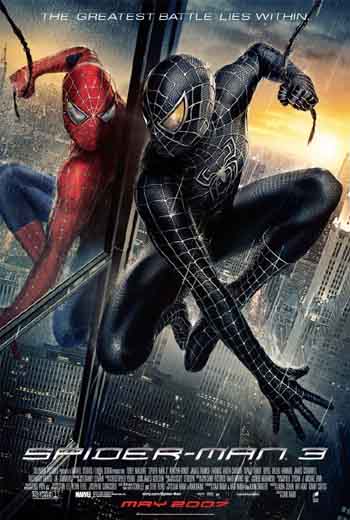 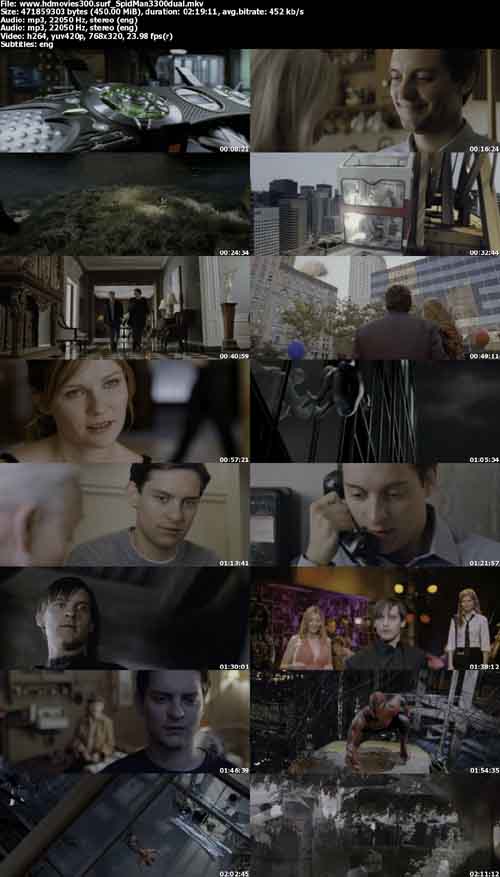 Third and last(?) film in this trilogy isn’t as good as the first two, mainly because the plot is overly contrived, but I still found this to be very entertaining and filled with good action and character development.

Plot has Peter Parker’s romance with Mary Jane threatened by the simultaneous arrival of Super-villains Sandman(Thomas Haden Church, good performance) and mysterious alien black goo that latches onto Peter and develops his dark side, which nearly wrecks his life, and rival reporter Topher Grace, who also comes into contact with the alien menace, and becomes Venom.

Large scale action climax is still satisfying and fitting, with Peter and Mary Jane back on the path to mutual happiness in a bright future together…I hope, since the planned Part IV was scrapped unfortunately…A shame.

Add my voice to those underwhelmed by the latest edition of the Spiderman franchise. While it does contain some of the best action sequences I’ve ever seen, it is far from the best film ever made.