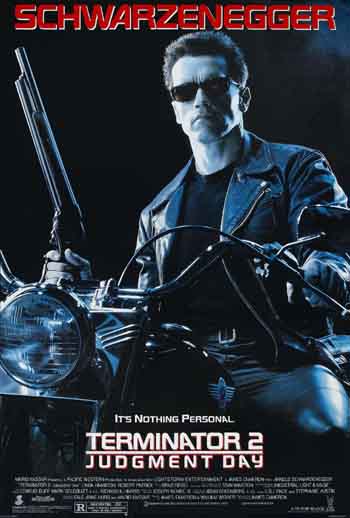 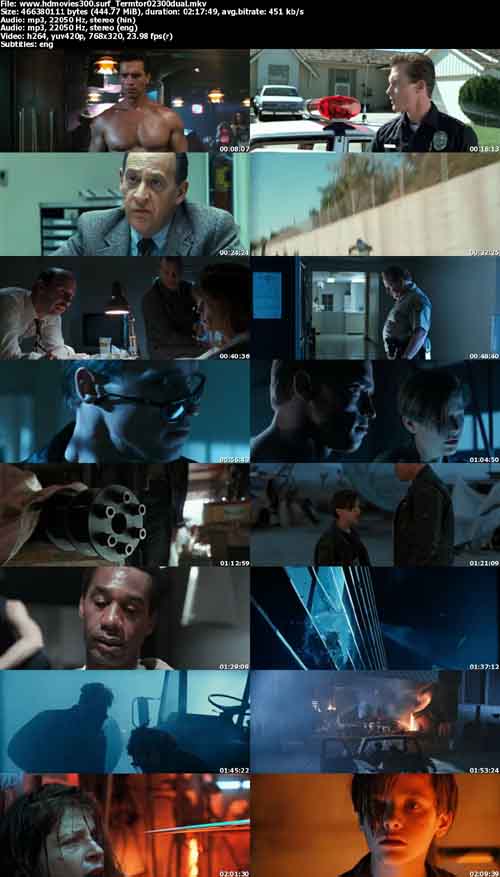 A Terminator(Arnold Schwarzenegger) was sent from the future to kill the unborn son of Sarah Connor(Linda Hamilton) in the original. Now, that Terminator has been sent back again but with a different assignment: Protect John Connor. John Connor(Edward Furlong) is now about 10 years of age and must evade a new Terminator sent to kill him;The T-1000(Robert Patrick). Sarah, John, and The Terminator journey together on their quest to stop Judgement Day, with a trailing, shape-shifting Termiantor trailing from behind.

This is the greatest of the Terminator trilogy. I have watched three times in the past year and have not found anything that Cameron could have improved on. The move is a masterpiece in every aspect of film. Schwarzenegger’s acting might not be incredible but this is the perfect role for him. He isn’t supposed to show emotion or feelings. He is a machine. I hate almost every one of his movies besides this trilogy because he is a horrible actor but he works perfectly into this role.

The special effects are incredible beyond belief. The shape-shifting T-1000 is some of the greatest animation I have witnessed in cinema history. It absolutely blew my mind when I first experienced this visual extravaganza. The animation looked so real(remembering this was a good ten years). The movie included fast-paced action along with some clever sci-fi drama/horror. The idea of a vast army of machines taking over the world after sending off warheads to every major city should be scary enough. But the T-1000 has very little lines and is just creepy enough to make twitch when you see him.