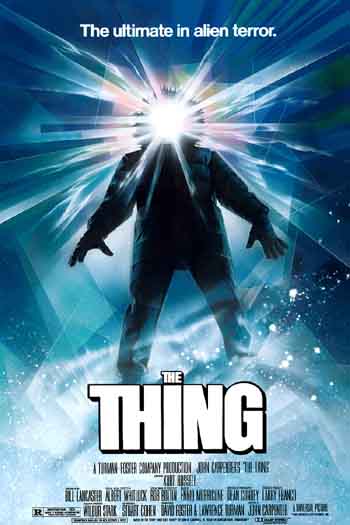 Story… A research team in Antarctica is hunted by a shape-shifting alien that assumes the appearance of its victims. 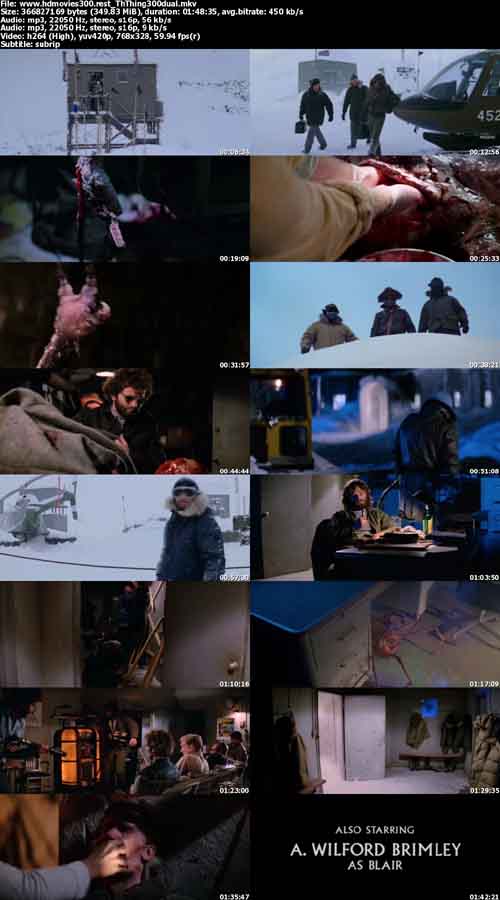 Just to put things in perspective for you before I get into my thoughts on this film, I am only 20 years old and have grown up in the era of CGI, blue screen effects…and this movie was made around the same time i was born.

With that said, WOW, I only recently saw John Carpenter’s version of ‘The Thing’, and what a masterpiece it truly is. I have long since been a fan of John Carpenter, in particular his works from the late 70’s and 80’s. In ‘The Thing’ John Carpenter has truly crafted a paranoia inducing, perhaps gut wrenching classic.

The movie is an update of the classic ‘The Thing From Outer Space’, but only like it’s predecessor, this film is in full color, and the characters of this film have much more to worry about than an alien veggie

The film centers around a group of Arctic Researchers you encounter an alien lifeform capable of taking the form of anything it comes into contact with, and out of for that matter. Kurt Russell stars as R.J. MacReady, an alcoholic Vietnam Vet, thrust into the role of leader of a group of relatively cold and callous men all of whom are readily plunging into manic paranoia and somewhat madness once they realize that they are up against a creature that can take any form, be any one of them.