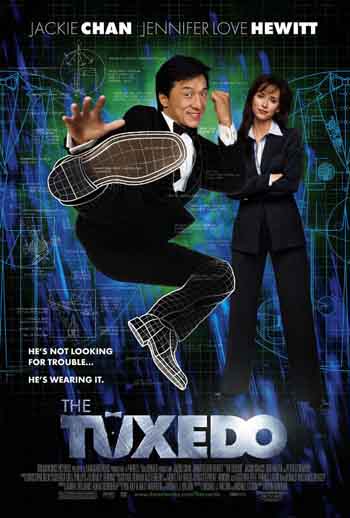 Jackie Chan, while always visually stunning and frequently extremely funny, has lived to his fullest potential in this movie. If his career were to be over now, I sincerely believe that this movie would be the one he was remembered for.

From the opening scene to the closing credits, this film keeps your adrenaline pumping and your laughter rolling. The chemistry is definitely there between Jackie Chan and the lovely Jennifer Love Hewitt, and the pair of them is funnier than either of them independently.

Of course, the actors get a great deal of help from a brilliant script. The dialogue in this movie is fast and smart, and an executive of any production company, from the smallest Acme or DCJ Production company right up to MGM or Miramax, would be absolutely thrilled to see it land on his desk.

All these elements together form a film which is strong enough, funny enough, and smart enough to be the end-of-summer blockbuster we’ve been waiting for. See The Tuxedo – you’ll be glad you did!