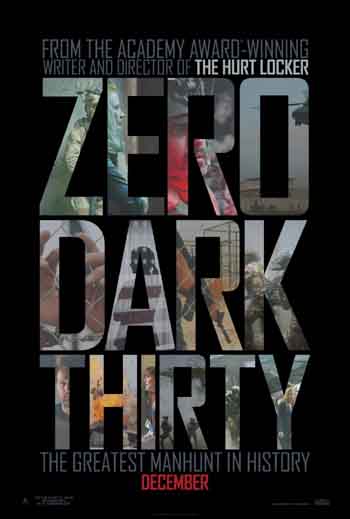 It’s not an action flick, it’s a thriller. About a tough CIA-chick who has a hunch about a guy who might eventually lead them to Osama Bin Laden. It takes her almost 10 years, a little waterboarding, a couple of dead colleagues and a lot of arguing with her superiors, but she manages to follow the lead all the way to the now famous raid in Abbottabad.

It’s a very captivating film (even with its 160 minutes runtime), and the big raid at the end is quite intense and realistic. That said, Bigelow’s previous ‘The Hurt Locker’ was (even) better. But it’s close!

As for the controversy whether the film is ‘pro-torture propaganda’ or not: it shows what (likely) happened. A very unpleasant sight for Americans, sure, but that’s no reason to leave it out. Whether or not ‘OBL’ would’ve been caught without the use of torture is speculation that has no place in this movie (it’s a depiction of events, not a moral study).

Some Americans might still find it hard to watch a movie that requires you to form your own opinion about the actions of your country/government/army, instead of getting one spoon fed by those very same institutions. But given the America’s options in government- potential it seems a luxury Americans no longer have.